Hair oil is one of the most developing and changing products in the beauty industry. Argan hair oil is among the latest products with great results to join the market. Apart from being largely marketed, it is also approved by most stylists and most of its consumers adore it.  The oil originates from Morocco specifically in the desert region located southwest of the country. The usage of the oil dates back to hundreds of years. Research shows women from the Berbers community not only used the oil on their nails but also for the hair as well as skin. The growing demand for the oil has tremendously transformed the region.

Argan hair oil contains the nutrients required to make your silky and also give it an amazing texture. Some of the nutrients that come with the oil are fatty acids, vitamin E, antioxidants as well as omega 9. In addition to the nutrients, the oil is quickly absorbed because it is not only light but also not greasy. This ensures your hair is protected from harsh climatic conditions such as high temperatures and very low temperatures. The oil has also been found to benefit hair that has been colored together with those that have been treated with chemicals. The best time to use it is after shampooing.

Argan hair oil comes from an indigenous Morocco tree. The name of the oil suggests that the tree is known as Argan. Like most trees in a desert, it is a tough one capable of surviving the harsh weather conditions. It thrives well in morocco and other parts of Africa. However, due to it’s continuous over exploitation for fuel and animal feeds the tree in other parts, the tree population has reduced. The situation is even worsened by the fact that the tree takes a very long time to grow and mature. Due to its growing demand some organizations especially in Israel and even Algeria have invested in reviving the tree back.

The oil is found in the seeds of the Argan fruit. Most people like to associate the fruit and that of olive because both of them appear not only green but also fleshy.  The major difference between the two is the small nature of olive. To extract the oil, the seeds hard shell is crashed to get kernels which are then dried. Mashing then follows until a paste is formed that is squeezed to get the Argan hair oil. It is a long process when done the conventional way. A lot of research is being cried out to develop a fast and modern method.

The versatile nature of Argan hair oil as greatly led to a high demand that is rising every day. This is because the oil is not only used for cosmetics but also for cooking. This has led to an improved livelihoods among people of the Berber region especially women who have been empowered to produce the oil. Not only do they harvest the oil but they also play an important role in its reforestation program to protect the tree from extinction and over exploitation. 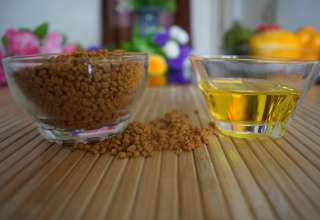